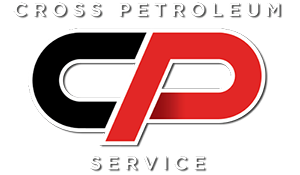 And we love what we do.

Cross Petroleum has spanned two generations of the Cross family. We are proud to be family owned, but more importantly, we are proud to be American. Our love for our country is a part of everything we do.

Cross Petroleum Service strives to continue to be an industry leader in health, safety, and environmental performance. Cross is committed to customer satisfaction and image in the marketplace as a preferred supplier of quality lubricants, fuels, and related services.

We Care about Our Neighbors

The Cross family has lived in Glendive for three generations. The Glendive spirit truly runs in our blood. Service for our community is a major part of what we do – every day since 1957.

Each year, Cross Petroleum Service generously donates to dozens of nonprofits and community organizations which rely on philanthropic support.

Through Booms and Busts – We’ve Served

We wouldn’t do business any other way.

Cross Petroleum Service launched as C&M Petroleum in 1957 with one customer and one product. Today, we serve hundreds of customers across Montana, Wyoming, and North Dakota.

Learn more about our history

During the 1950s, the Williston Basin was experiencing an oil boom – making it difficult to keep up with the demand. Shell Oil Exploration and Production was struggling to supply fuel and lubricants to the drilling rigs exploring for oil. That’s when Shell Oil approached the owners of C&M Petroleum, John Cross and Dr. Thomas Malee. They agreed to deliver fuel and lubricants to Shell Oil’s drilling contractors at the well sites, as well as store Shell Oil products at C&M Petroleum facilities.

In 1972, John’s wife, Louise (Jarussi) Cross, served as chair of the Montana Natural Resources and Agriculture committee. Through her work, she pushed forward environmental protections of land, water, and other natural resources. This mission became a platform for the family and infiltrated the business for decades to come.

John Cross purchased Malee’s share and formed Cross Petroleum Service in 1974. In the late 1970s, another oil boom was on the horizon for the Williston Basin. At that time, Greg and Justin Cross, the sons of John Cross, joined the company. At this time, John Cross began to fight a serious illness, and he passed away in 1980.

Through the oil booms and busts, Greg continued to expand Cross Petroleum into what it is today. He now services communities throughout Montana, North Dakota, and Wyoming and provides oilfield chemicals, propane, retail gasoline and diesel, and agricultural fuels. His strong work ethic and trustworthiness, and spirit of industrious are infused throughout the company culture – and every business deal leaves the customer feeling like they are a part of the family.